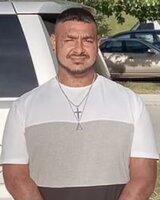 Brandon James West, 27, of Fort Gay, WV passed away Saturday, June 25, 2022, in Huntington, WV. Brandon was born April 1, 1995, in Huntington, West Virginia to the late James and Shasta Draper West. In addition to his parents, he was preceded in death by his best friend/brother, Junior Spaulding.

He is survived by his grandmother, Sherry Vanderpool, one uncle, Terry (Tonna) Vanderpool, and close friends, Maria Thompson and Ashlee Hylton.

A memorial service will be held at a later date to be announced by the family. All care has been entrusted to Wilson Funeral Home.»(Do not delete this line. It does not print.  Text that is to appear on web must be entered before this line)