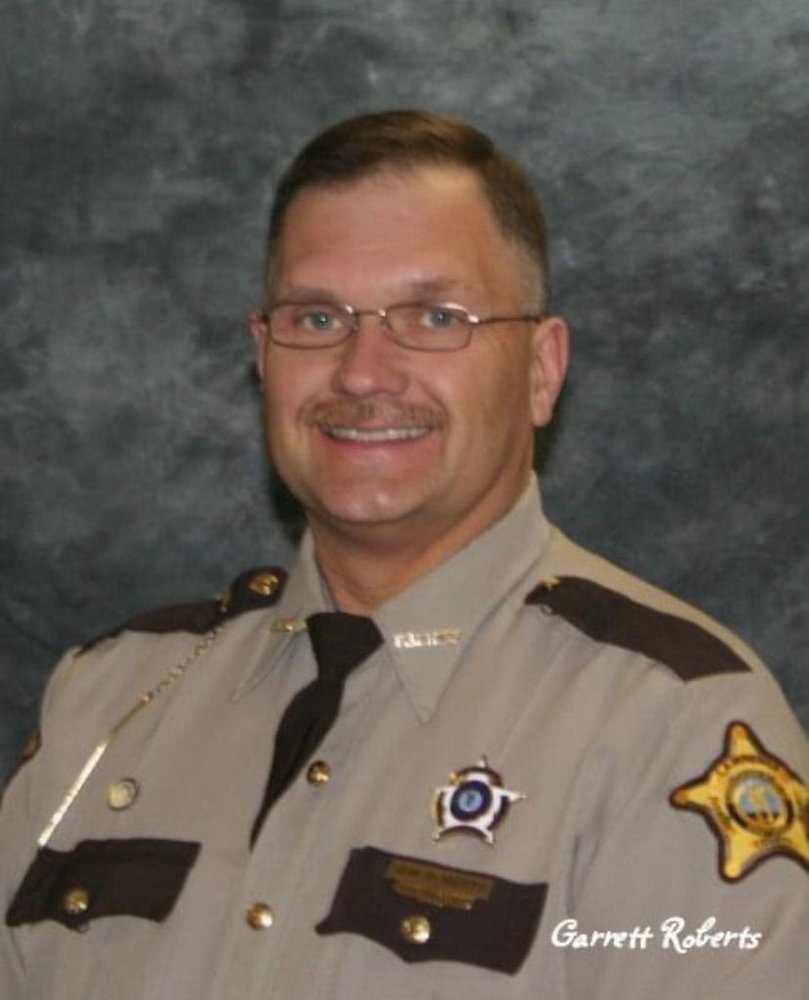 Garrett loved the role of Public Servant. He started with becoming a member of the Louisa Fire Department. He became a City of Louisa Dispatcher and then began the career that he would continue for 32 years. He was a Patrolman with the Louisa Police Department and was appointed to Police Chief. He was elected Lawrence County Sheriff in 2002 and was re-elected to four consecutive terms. It would not be possible to list all of the organizations he was proud to be affiliated with, but here are a few.

The ones that he took the most pride in was organizing the Coats For Kids and Shop With A Cop program. He also was the Counties DARE Officer in the County School System. He was active in 4H, KY Child Assault Prevention, KY Sheriff’s Association Boys and Girls Camp. He was a Kentucky Colonel and member of the Lawrence Count Democratic Club.

Garrett loved music and enjoyed playing every chance he got. Garrett loved his community and did so with pride. He loved his family and friends especially his precious grandbabies. He loved the role of Papaw. Most importantly he loved His Lord and Savior.

Graveside services will be held on Monday April 5th at 1:00 pm at the Yatesville Memorial Gardens with Bro. Tim Ellis officiating.

In lieu of flowers the family would prefer donations be made to a Children’s Charity of your choice.

To send flowers to the family or plant a tree in memory of Garrett Roberts Jr., please visit Tribute Store
Monday
5
April

Share Your Memory of
Garrett
Upload Your Memory View All Memories
Be the first to upload a memory!
Share A Memory
Send Flowers