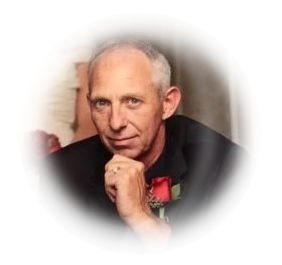 He was preceded in death by grandparents, Eli and Gracie Messer, and John and Mary Sturgell. Also preceding him in death were several uncles, cousins, and friends, and most recently, a special cousin, Taylor Messer.

Billy Brett has been an employee of Norfolk Southern for 18 years where he gained a host of lifelong friends. He was an active member of BMWE Teamsters local #1464. He was a former owner and sawyer with the Messer Family Sawmill.

Although he was most passionate about his family, he shared a passion of roosters with so many friends that he made along the way. He will forever be known as the chicken-man to those who knew him best.

He was a just, kind, sweet, loving man who had a contagious smile that lit up the room. The world became darker when he left us all.

Visitation at Wilson Funeral Home will be on Monday June 7th at 4:00 pm for family, friends may join after 6.

Billy Brett will be celebrated with a final service at the Wilson Funeral Home on Tuesday June 8th at 11:00 am followed by his burial at Wellman Cemetery where he will be laid to rest and joined by his wife when God calls her home.

To send flowers to the family or plant a tree in memory of William Messer, please visit Tribute Store
Monday
7
June

Share Your Memory of
William
Upload Your Memory View All Memories
Be the first to upload a memory!
Share A Memory
Send Flowers