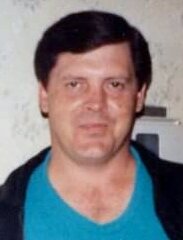 Please share a memory of Roger to include in a keepsake book for family and friends.
View Tribute Book

Roger Jay Hylton, 67, of Louisa, KY passed away Friday, January 7, 2022at his home. Mr. Hylton was born June 22, 1954 in Louisa, Kentucky to the late Homer Jay and Veva Lois Salyer. In addition to his father, he was preceded in death his wife, Gloria Hylton, two sisters, Connie Roberts and Marsha Brewer, and one grandson, Billy West.

He was a Heavy Equipment Operator & Truck Driver.

To send flowers to the family or plant a tree in memory of Roger Hylton, please visit Tribute Store
Thursday
13
January

Share Your Memory of
Roger
Upload Your Memory View All Memories
Be the first to upload a memory!
Share A Memory
Send Flowers
Plant a Tree