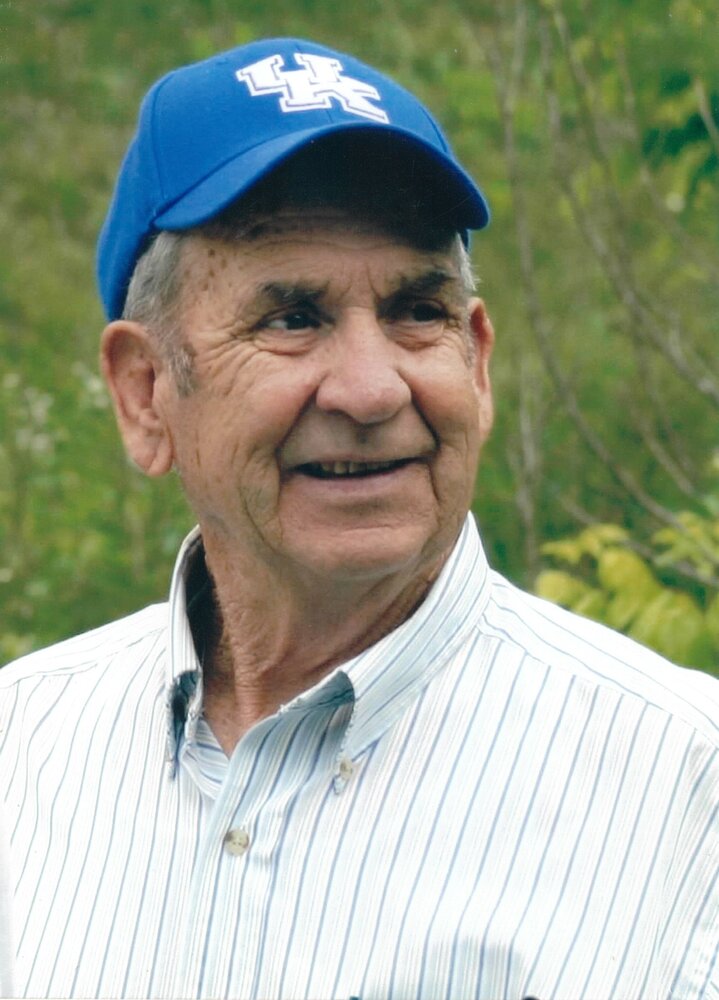 Please share a memory of Freddie to include in a keepsake book for family and friends.
View Tribute Book

Freddie was born August 2, 1932. He said “I do” to the love of his life 66 years ago on Christmas Eve, 1955. Freddie became a member of Belles Chapel Freewill Baptist Church 71 years ago in July of 1950, and maintained perfect Sunday School attendance for 26 years from 1941-1967. He and his wife attended Charley Freewill Baptist Church until his disability. Freddie was a long-standing member of the Lawrence County Kentucky Farm Bureau and served as a director for over 50 years. In 1959, Freddie became a member of the Chandlersville Masonic Lodge #858, serving for 63 years.

In his younger years, Freddie was a farmer and sold milk from his dairy barn. Later in life, he worked for the Kentucky/West Virginia Gas Company, then eventually retired from the Kentucky May Coal Company. After retirement, Freddie continued his love for raising animals and farming until the day of his death. Two of his favorite animals predeceased him: his dog Rex and lifelong horse Charlie. Freddie famously told Charlie “the only thing that will separate us is death.” There was nothing Freddie liked more than driving his tractor and staring at his cattle for hours.

Freddie will be missed by his family, friends, and the entire community.

A Masonic Service will be held on Tuesday evening at 7:00 pm at the Wilson Funeral Home by brothers of the Chandlersville Masonic Lodge #858.

To send flowers to the family or plant a tree in memory of Freddie Castle, please visit Tribute Store
Tuesday
29
March

Share Your Memory of
Freddie
Upload Your Memory View All Memories
Be the first to upload a memory!
Share A Memory
Send Flowers
Plant a Tree