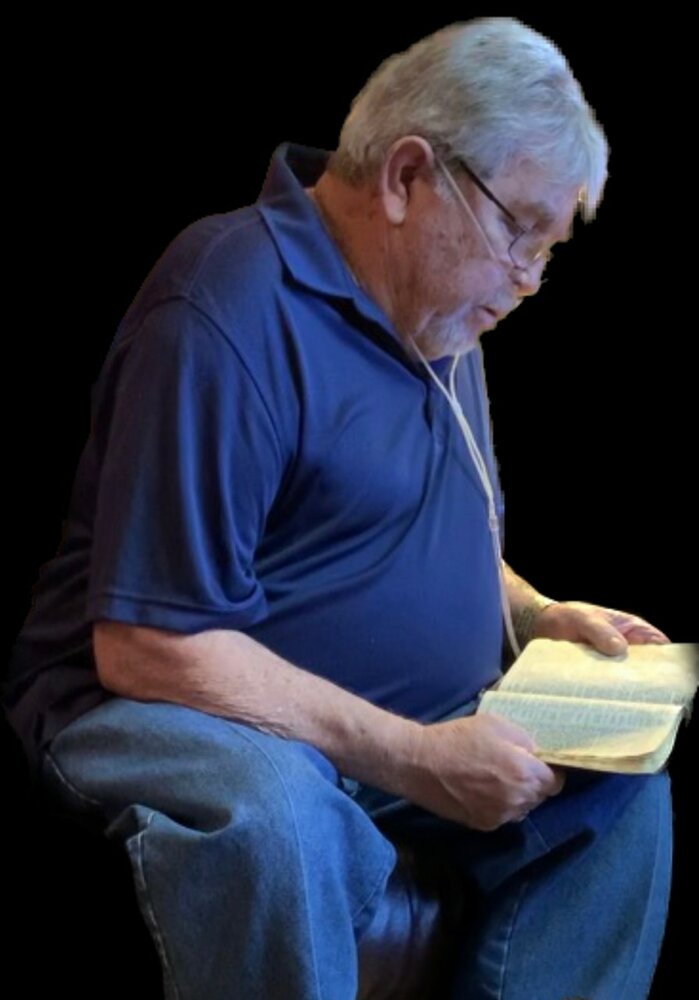 Please share a memory of Richard to include in a keepsake book for family and friends.
View Tribute Book

Richard Ray “Dick” Hundley 81 of Fort Gay, WV was carried by a host of Angels into his Heavenly Home on October 22, 2022, while being surrounded by his loving family.

Dick was born October 18, 1941, in Prichard, WV. He was the son of the late Charles Homer and Pauline Hazlett Hundley. In addition to his parents, he was preceded in death by a brother, Walter Elwood Hundley and a sister, Barbara Sue Fowler.

Dick proudly served his country in the United States Army from 1964-1969 during the Vietnam War. He retired from the AK Steel Corp as a millwright after 40 years of service.

He was a faithful Christian man of 44 years and was a member of the Oak Grove Church where he taught a Teenage Sunday School Class and was a Youth Group Leader. He also served the church as a Deacon. Dick had a passion for studying the Bible, attending all church services, hunting, fishing, and taking care of his farm animals. He loved long walks on the beach, flying kites, watching the sun come up, family vacations, and any social get togethers. He also enjoyed the simple things in life and often spent many evenings drinking coffee, eating a Cherry Cheese Danish, and watching Jeopardy. He had a love like no other and was a friend to anyone and everyone; he expressed it by sharing lots of smiley faces, plenty of fudge, and other baked goods.

He always loved his family; his love for them was unmatched and evident to all. He never missed an opportunity to support and celebrate his family. He often expressed immense pride when discussing them and all their accomplishments. His family viewed him as their rock, biggest supporter, a confidant, and a compass in life. He always provided encouragement, wisdom, and guidance.

He will be missed daily, but never forgotten. It’s not goodbye. Instead, it’s goodnight, meet you at the Garden Gate, and we love you big, Pap!

He leaves behind his loving and devoted wife of 53 years, Lillian Webb Hundley; two daughters, Sherry (Kevin) Marcum and Ruth Ann (Jimbo) Kirk; one foster daughter, Angela Thornhill; two grandchildren, Chassidy (Jeremy) Brooks and Jimmy Ray (Robin) Kirk; two great-grandchildren, Axl Reed Brooks and Rhett Keaton Kirk; four foster grandsons; a brother-in-law Elmer Ray (Phyllis) Webb and several nieces and nephews that he thought of as his own; He also leaves behind a couple, Wade and Edith Marcum, whom he considered to be as a brother and sister, and his beloved companion, Caesar Pup.

Funeral services will be held on Tuesday October 25, 2022, at 3:00 pm at the Oak Grove Church with Rev. Mack Ray Cyrus and Rev. Casey Cyrus officiating. Burial with full military honors will be held in the Robertson Cemetery Fort Gay, WV.

Friends may visit the family on Monday October 24th anytime after 7:00 pm until time of services on Tuesday at the Oak Grove Church.

To send flowers to the family or plant a tree in memory of Richard Hundley, please visit Tribute Store
Monday
24
October

Share Your Memory of
Richard
Upload Your Memory View All Memories
Be the first to upload a memory!
Share A Memory
Send Flowers
Plant a Tree