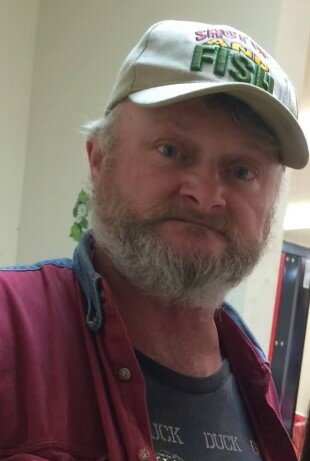 Please share a memory of John to include in a keepsake book for family and friends.
View Tribute Book

Mr. Rowe was born January 4, 1960 at Ashland, Kentucky the son of the late Joseph and Gertrude Horton Rowe. In addition to his parents he is preceded in death by a sister Judy Childers. He was former equipment operator for the N&S Railroad.

A memorial service will be held at a later date to be announced by the family.

In lieu of flowers donations may be made to Wilson Funeral Home to help with the funeral expenses.

To plant a beautiful memorial tree in memory of John Rowe, please visit our Tree Store

Look inside to read what others have shared
Family and friends are coming together online to create a special keepsake. Every memory left on the online obituary will be automatically included in this book.
View Tribute Book
Services for John Rowe
There are no events scheduled. You can still show your support by planting a tree in memory of John Rowe.
Plant a tree in memory of John

Share Your Memory of
John
Upload Your Memory View All Memories
Be the first to upload a memory!
Share A Memory
Plant a Tree